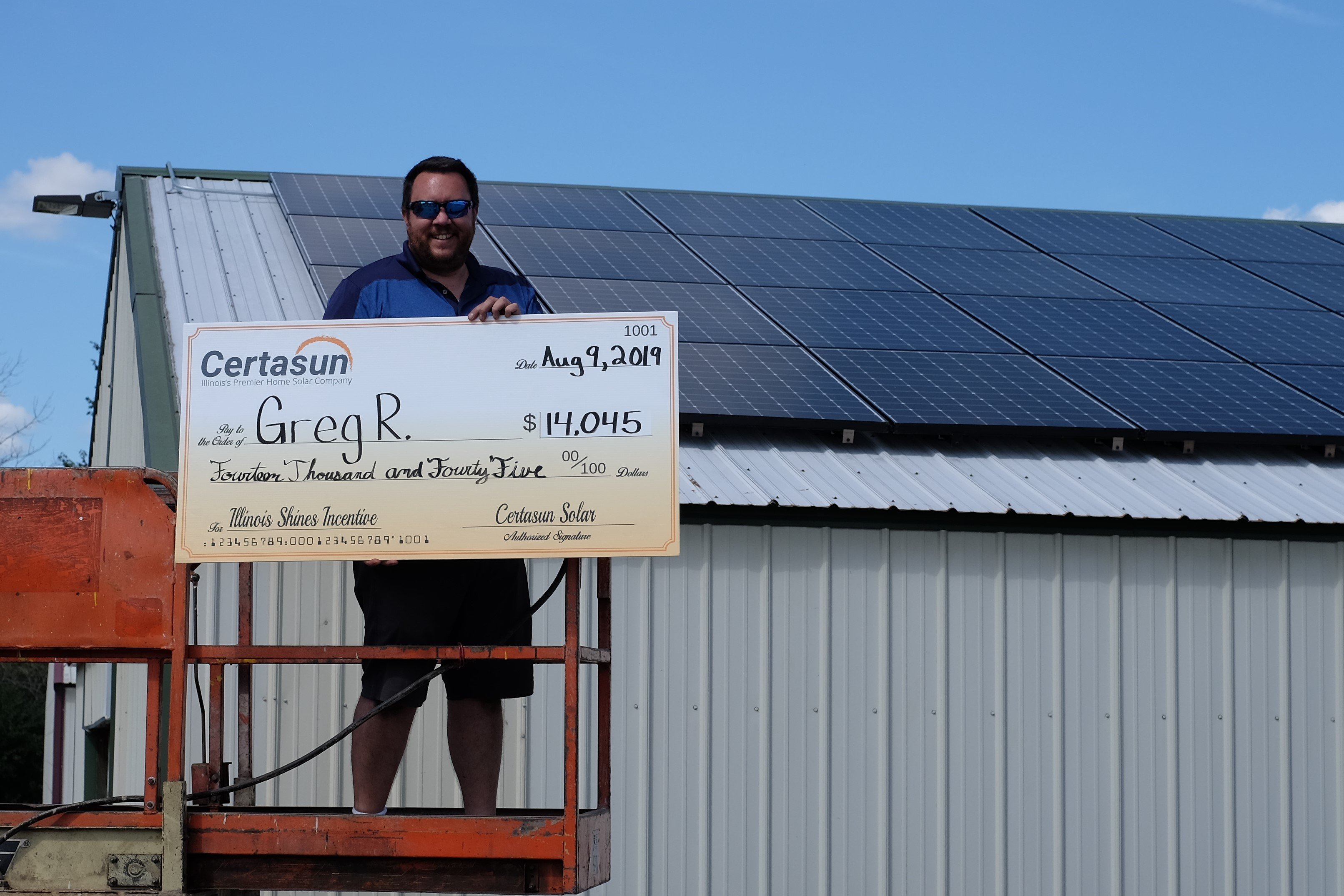 Established by the Future Energy Jobs Act of 2016, Illinois Shines is the main solar incentive program for Illinois homeowners.  Illinois Shines makes incentive payments to homeowners in exchange for 15 years of SRECs (solar renewable energy credits), which represent the “renewableness” of the energy produced by a solar system.

Luckily for homeowners, these solar incentive payments are entirely paid upfront and typically cover 20-40% of the cost of the system.  Combining the SRECs with the 30% federal solar tax credit, government incentives in total cover roughly 50-70% of the purchase price of a solar system.

Thanks to the Illinois Shines program, many of Certasun’s earliest customers received a combined $247,016.  This is for projects comprising 233 kilowatts (kW) dc.  That’s more than any other Illinois-based company!  And, the rest of Certasun customers won’t be far behind. While just a portion of Certasun’s overall business, this first set of solar incentive payments represents the value of approximately 3,715 megawatt-hours of renewable electricity.   Fun fact: The renewable energy produced by these systems is the equivalent of driving 6,423,144 fewer miles in passenger vehicles.

Why did Certasun customers get their solar incentives payment first?

Certasun customers got their solar incentive payments first because Certasun applied for their incentives on the very first day that the Illinois Shines program opened (notably, this was January 30, 2019 – the day of the polar vortex!).  Here’s the team that day: One reason (not the only one) that Certasun was so proactive about filing for these incentives is that Certasun actually guarantees them!  However much we quote a customer in terms of Illinois incentive payments, that’s the amount the customer gets, regardless of what ComEd actually sends to Certasun.

For new customers going solar, they should expect to receive their solar incentive payment from ComEd within 180 days after their installation is complete.

Not the first time Certasun is first!

Illinois Solar Incentives 2020 and Beyond