Illinois energy currently comes from a variety of sources, and solar is now a part (and quickly growing part) of that mix. Thanks to new state incentives, over 61,000 homes in Illinois will add rooftop solar over the next few years. This is a massive jump from the 750 Illinois homes that had installed rooftop solar by 2017.

We know the Midwest isn’t usually the first place that comes to mind when thinking about geographic locations that would be great for solar, so how is it there is now such a high demand for residential solar in Illinois?  The answer lies in the incentives made available by recent legislation, but to understand why that legislation was necessary in the first place we need to look at where Illinois energy has historically been sourced from.

Where has Illinois energy come from in the past? 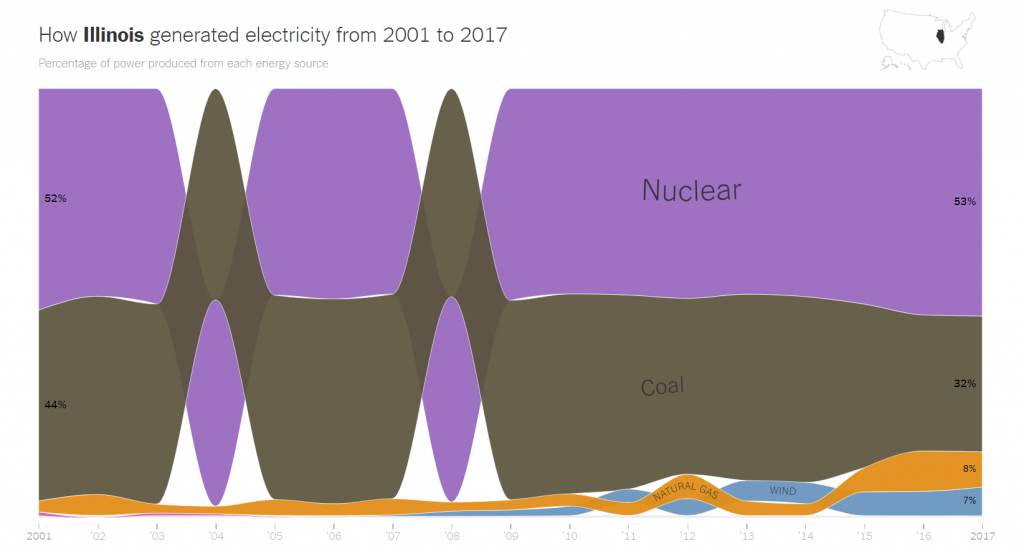 Noticeably missing from the Illinois energy portfolio up to this point is solar, but with the recent passage of the Future Energy Jobs Act (FEJA), which went into effect on June 1, 2017, Illinois’s energy sources are set to look very different over the next few years.

Solar: The future of Illinois energy

FEJA mandates that 25% of Illinois energy come from renewable sources, such as solar, by 2025. To meet these renewable energy goals, ComEd as well as Ameren (the downstate utility) must purchase Solar Renewable Energy Credits (SRECs) from Illinois homeowners who install solar on their homes through the state administered program, Illinois Shines. Because of FEJA and Illinois Shines, as well as the additional Federal Solar Tax Credit, helping to move Illinois energy towards renewables, it is now more cost effective than ever for Illinois homeowners to go solar, which explains why more than 61,000 homes are expected to go solar and save money doing so over the next few years.

Could you be one of the many Illinois homeowners that can benefit from the solar incentives available, while helping to increase the portion of Illinois energy sourced from renewables? Find out by requesting a free customized quote below.